A Visit from Omega Man 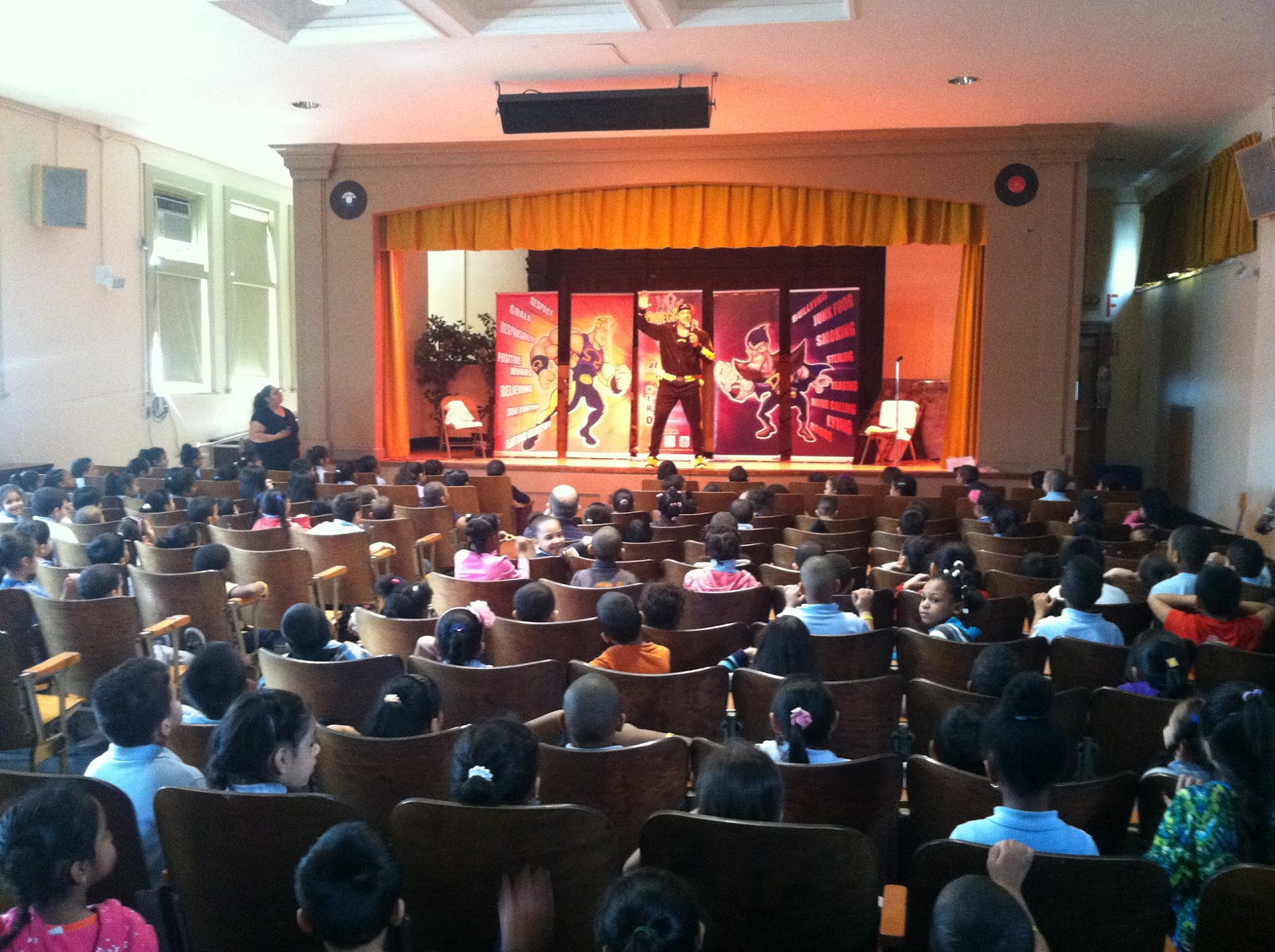 The auditorium was buzzing with energy the other day when Omega Man stopped in for a visit.  He spoke with our students about the value of making good decisions.  He also talked about bullying and why its important to treat others with respect. 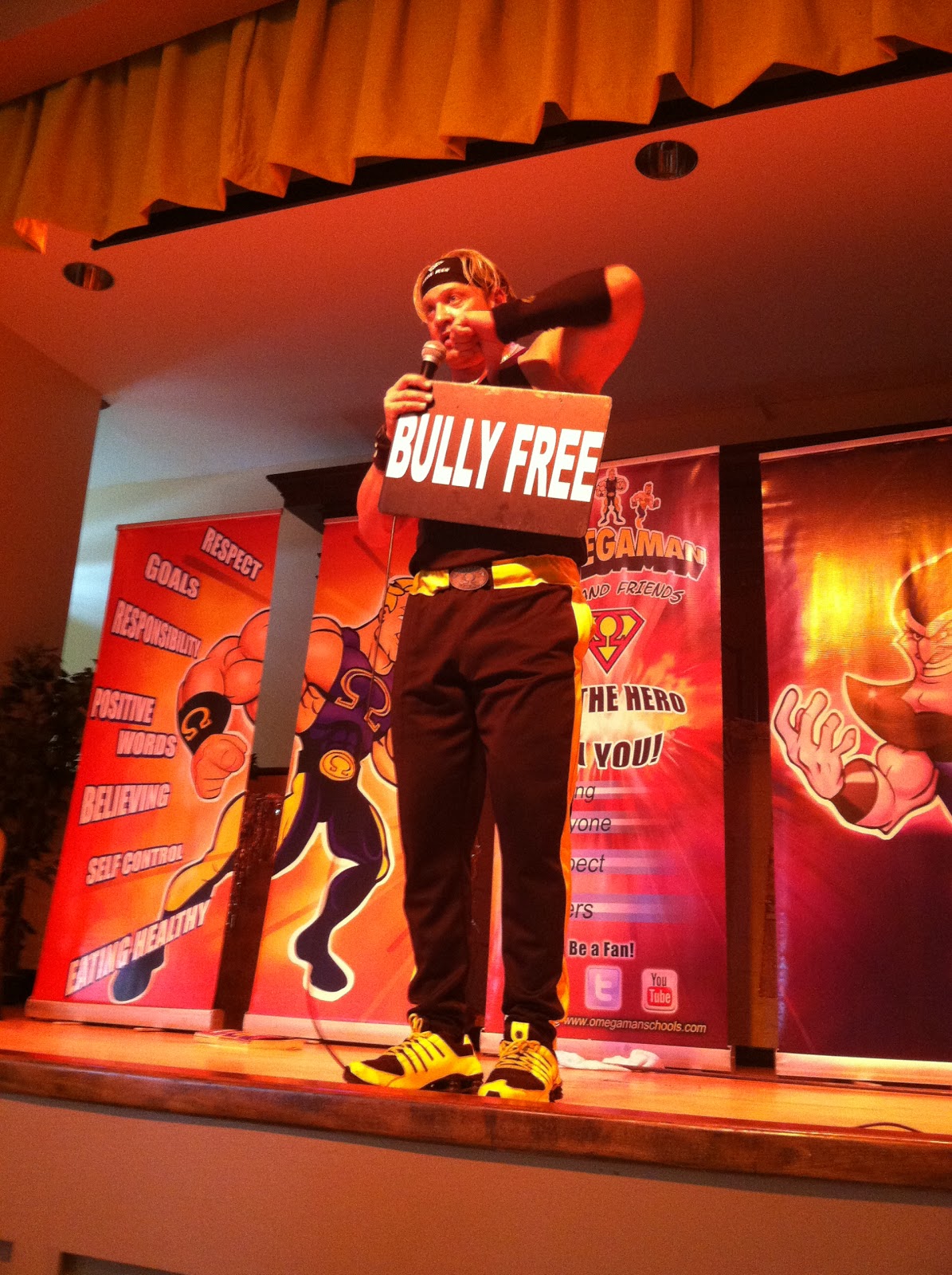 His demonstrations were a big hit!  He truly did appear to have superhero strength.  Some students volunteered to take part and got to join Omega Man on the auditorium stage.  He lifted a pair of them over his head while they clung to a steel bar.  Later in the show, he bent that same bar with his arms while he held it in his teeth.  Another student tried to break a baseball bat over his leg.  Omega Man DID break it over his leg at the end of the show.  What else did he do?!  He ripped a phone book in half and carried teachers on his back! 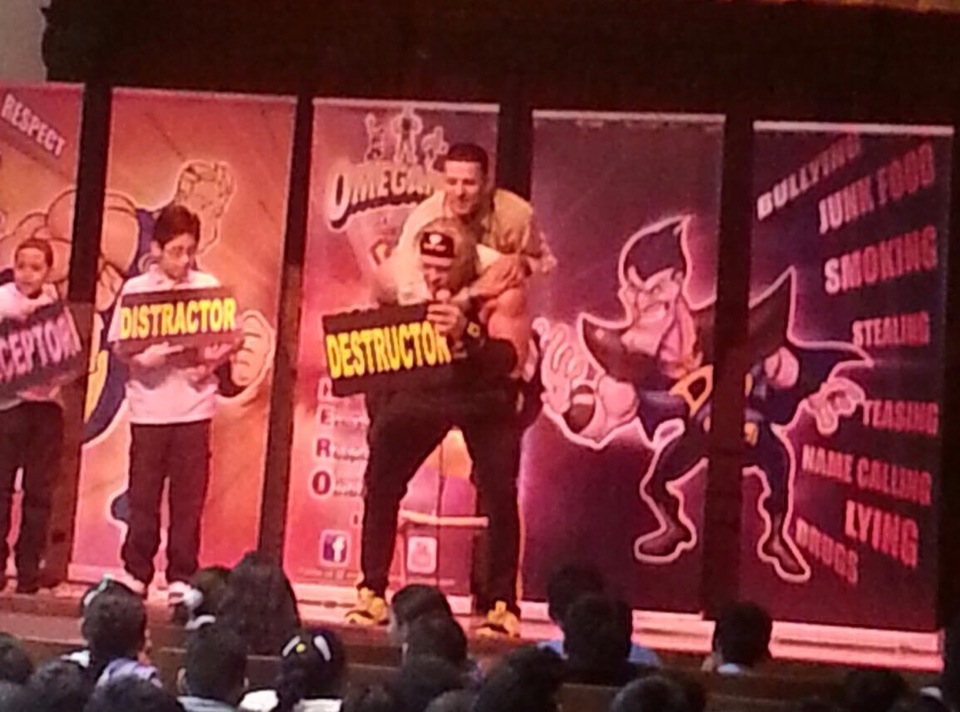 Mr. Pagan Getting a Lift

Overall, it was a fun filled afternoon of important lessons.  Omega Man rocks!  Big thanks go to the members of the Parent Association for sponsoring the event.  Hopefully we can get him to visit again.  Remember students, be dream makers, not dream breakers! 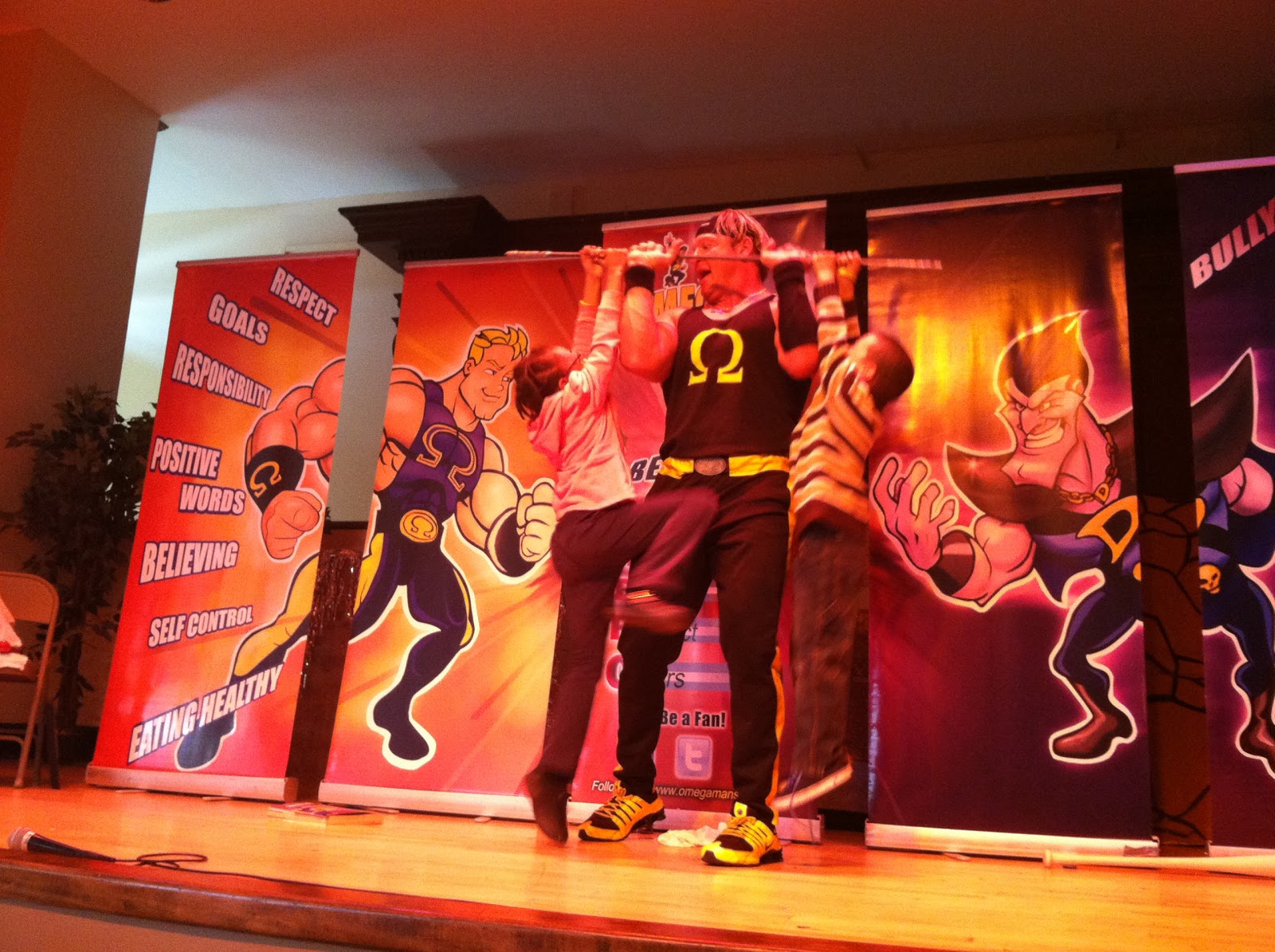 Email ThisBlogThis!Share to TwitterShare to FacebookShare to Pinterest
Labels: Events

P.S. 106 is a public elementary school in Bushwick, Brooklyn. Located on the corner of Putnam and Wilson, our big red school provides a safe and nurturing environment for the youngest members of our community. This fall marks the 121st anniversary of our opening in 1895. We are proud of our past and excited for the future. Go 106!